It's time to set the record straight about a last-minute attempt to smear my reputation.

My friend and supporter Cari Templeton, posted the following on her Facebook page. And she summarized the issue beautifully:

San Diego area friends, can you please help get the word out to correct the record about a deceptive ad?

As you know, I am supporting progressive Elizabeth Warren for Assembly District 76. However, over the weekend her opponent released a wildly misleading mailer that "implied" that she has received the Democratic endorsement, when in fact she never came close. There is no party endorsement at the county or state level for this race.

Such tactics are a sign that Elizabeth Warren is winning, and that she's the most powerful challenger for this currently Republican seat. That's why the GOP has spent $50k to oppose her.

Regarding endorsements, there is a candidate in the race for AD 76 who has earned major endorsements from respected progressive organizations, including MoveOn and PDA. That's Elizabeth Warren for CA State Assembly 76. Read more at https://www.lizwarren4ca.com/endorsements 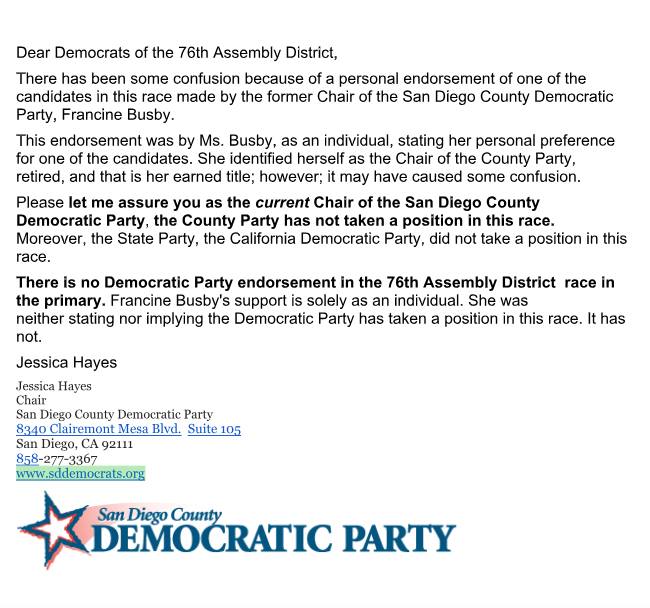