Since Day One of this campaign, California's own Elizabeth Warren has rejected big-money, deep-pocket lobbyists. You know the ones ... financial institutions, insurance providers and the fossil fuel lobbyists. Now she 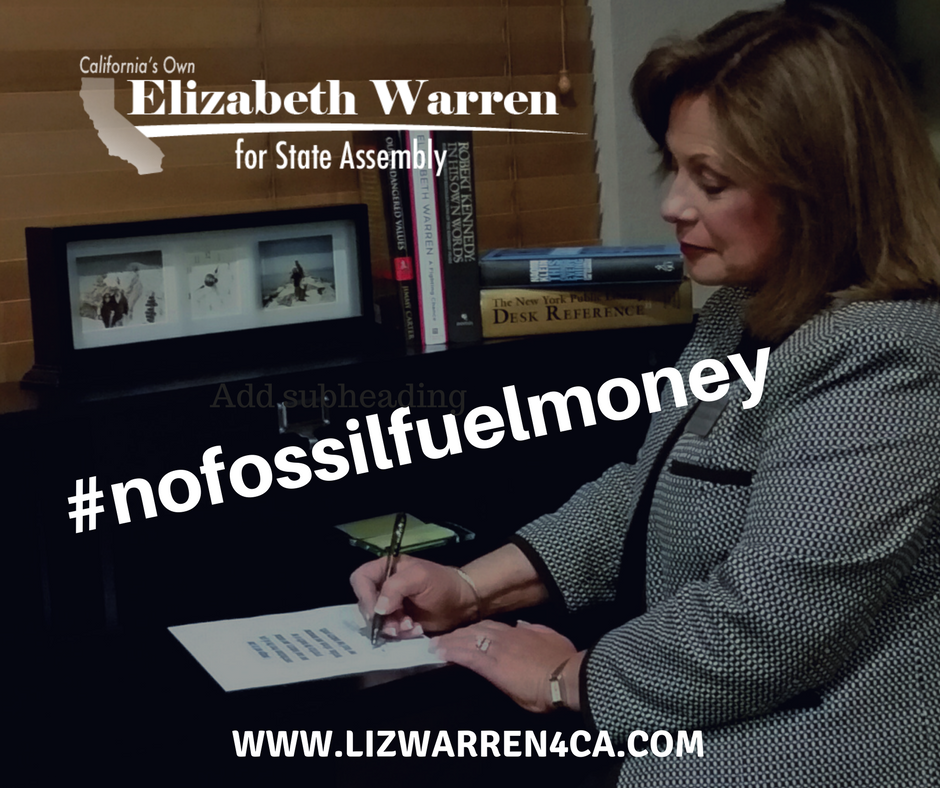 "I pledge not to take contributions from the oil, gas, and coal industry, and instead prioritize the health of our families, climate, and democracy over fossil fuel industry profits."

Taking the pledge, provided by No Fossil Fuels means that a candidate’s campaign will adopt a policy to not knowingly accept any contributions over $200 from the PACs or executives of fossil fuel companies — companies whose primary business is the extraction, processing, distribution, or sale of oil, gas, or coal. 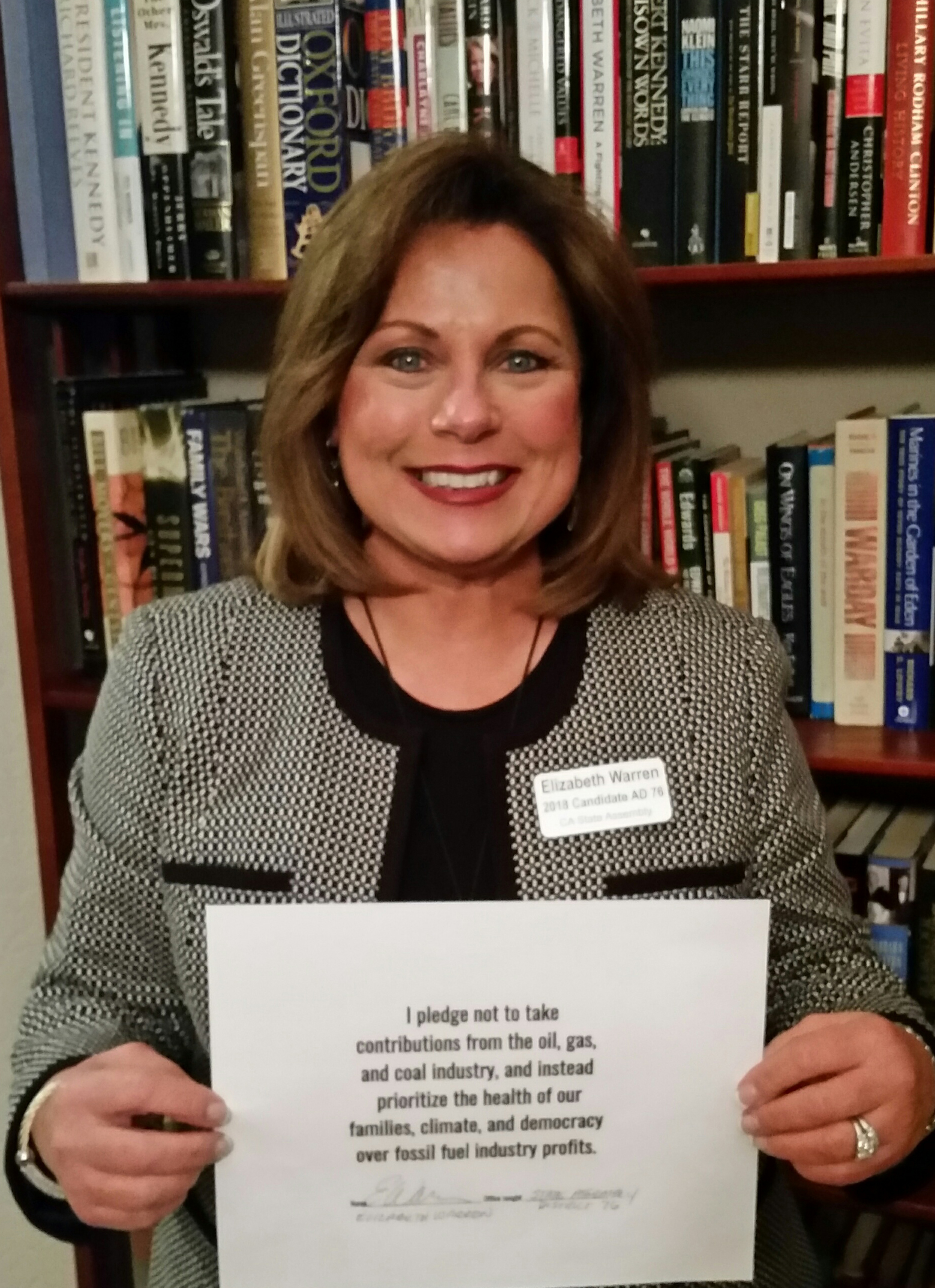 According to No Fossil Fuels, "climate change is already harming Americans today — from extreme weather to higher food and energy bills to increased public health threats. The costs are borne by our families and our communities, destroying the American dream of shared prosperity and justice. Overcoming the climate emergency is the great moral imperative of our time.

Dirty fossil fuel money is corrupting our political system and blocking bold action on climate change. Fossil fuel companies spent more than $260 million in campaign contributions and lobbying Congress in the 2016 cycle. In exchange for their cash, these companies expect to receive billions in subsidies and friendly laws that benefit polluters instead of people.

I agree with No Fossil Fuels; We need leaders who reject the influence of fossil fuel money and plan for a just, climate-safe, renewable energy future for everyone, not just the few. We must separate oil & state.

While voting for Elizabeth Warren ensures your #76 Assembly District representative holds these views, you can support the cause as well! Tell other leaders to take the No Fossil Fuel Money Pledge by visiting the website http://nofossilfuelmoney.org/.