ENDORSEMENTS: MOVE ON and ANIMAL PAC 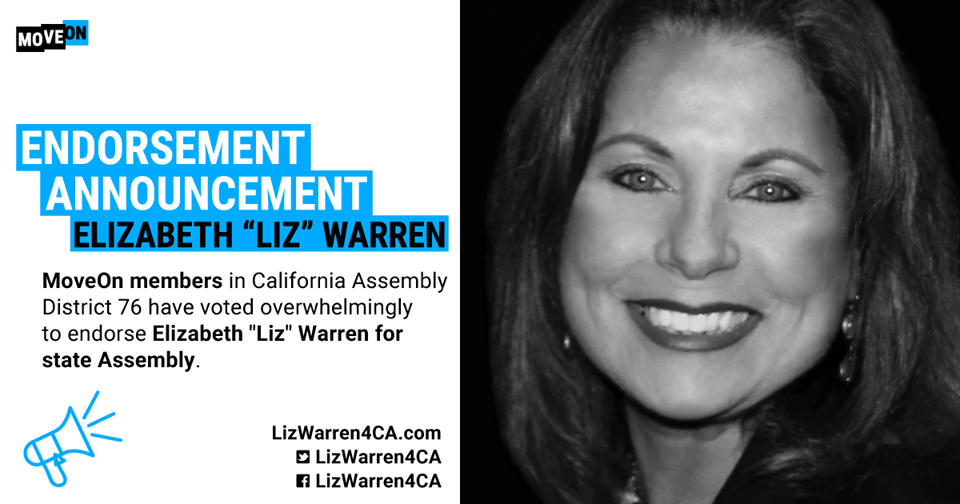 Oceanside, CA…  After losing her home to an illegal foreclosure, California’s own Elizabeth Warren didn’t take it lying down. Instead, she transformed her anger into activism and began working with the progressive public policy advocacy group MoveOn. With their training, activist Warren led followers across the entire nation to stop the U.S. Congress from voting on the Trans-Pacific Trade Partnership (TPP,) a major victory for progressives everywhere.

Then activist Elizabeth Warren is now candidate Warren, running for California’s State Assembly in the 76th District. And Move On has not forgotten what she has done.

Today, by an overwhelming vote of 82% of MoveOn members in the district, MoveOn endorsed California’s own Elizabeth Warren to represent the 76th District in the State Assembly in Sacramento.

Says Warren, “Because I got my start in activism with training from MoveOn, it is both a delight and an honor to have my candidacy endorsed by fellow MoveOn members! Together, we can make a difference!

AND - Elizabeth is truly grateful for the endorsement of Animal PAC, which has recognized Elizabeth Warren's continuing contribution to the welfare of the lives of animals! 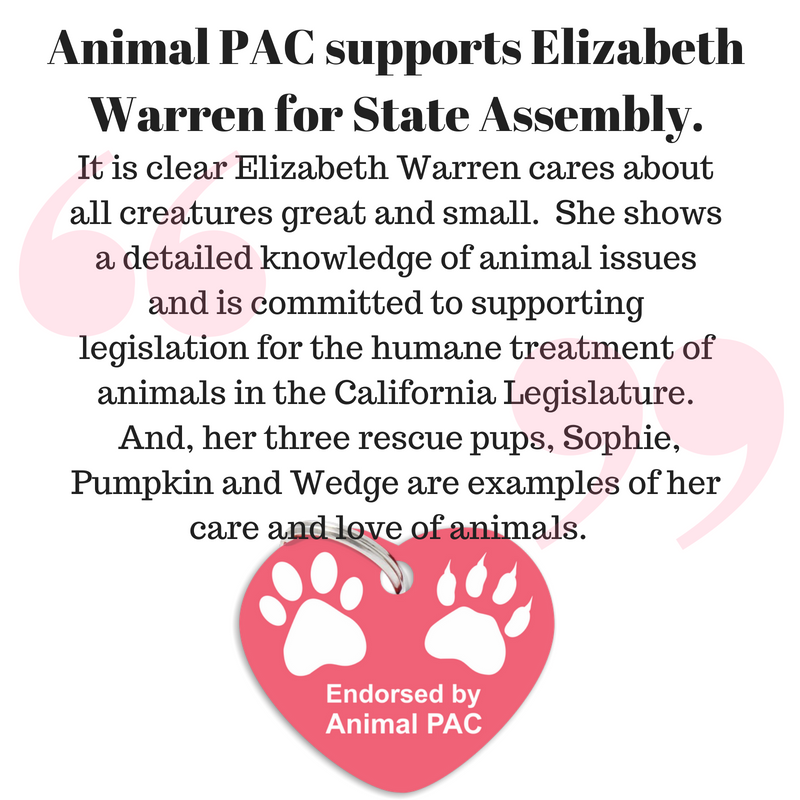