I personally endorse OUR Elizabeth Warren for State Assembly in District 76. Because Elizabeth isn’t a career politician. She’s one of us.

As an activist leader she’s organized and fought for basic fairness for real people and the things that affect our lives. She’s marched for equality, inclusion and social justice. She’s organized grassroots activists across the country and in 2016, that “people 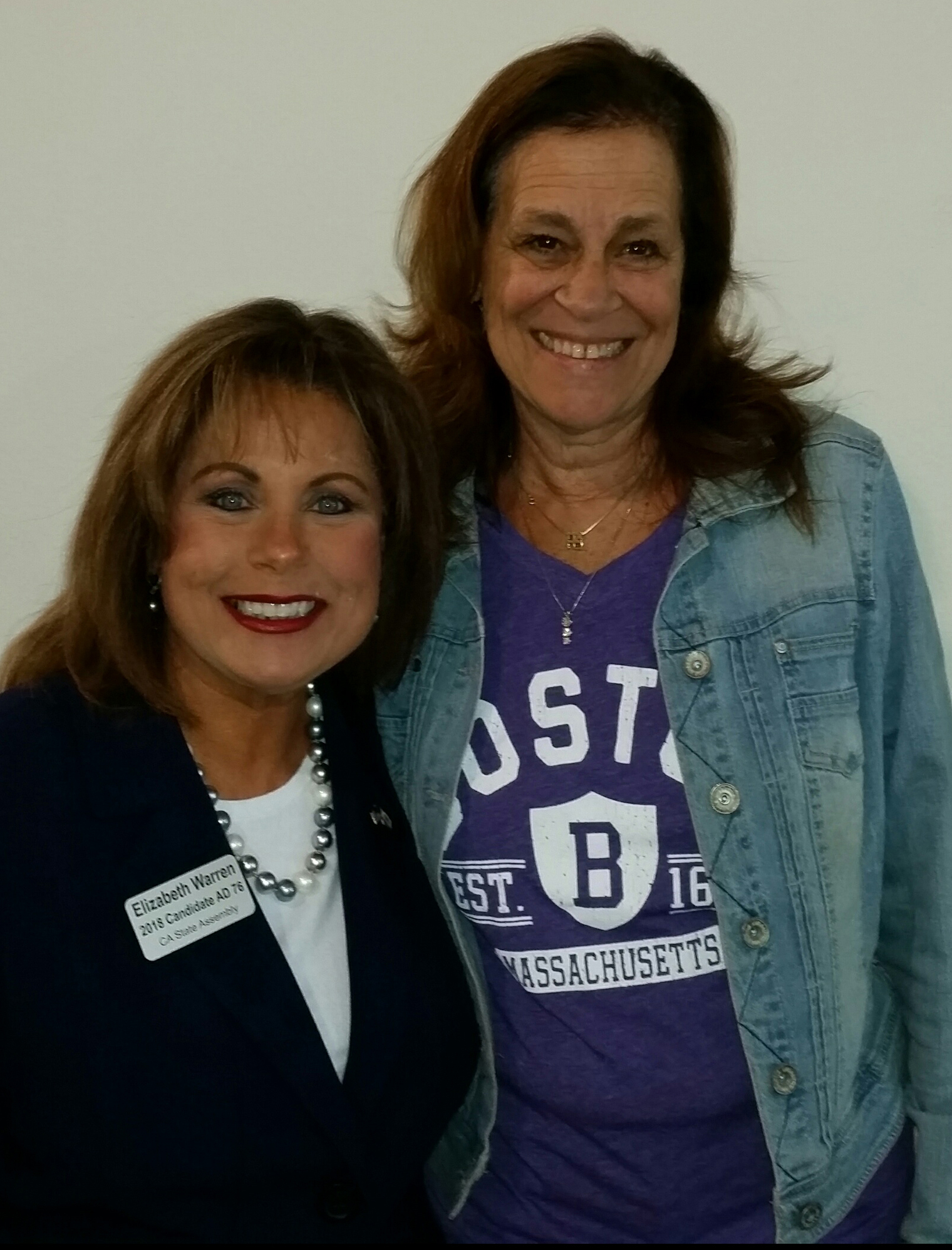 power” stopped a vote on the Trans-Pacific Partnership (TPP)--a trade deal that would have made corporations more powerful than governments. (A deal Donald Trump is now thinking of reviving.)

Last year she drove to Sacramento to fight for our guaranteed healthcare bill, SB 562, the day it was introduced. Because of her activist roots I know she’ll fight for access to quality healthcare, higher education, and housing we can afford. For a living wage. Resources for seniors, children, veterans, the disabled and the homeless. Respect for people of color, immigrants, and the LGBTQ community.

I’ve seen her get angry when we talk about hate crimes and racial profiling. I know she will work with all who want to end gun violence. Because that’s who she is. She’s been against privatizing public services for as long as I’ve known her, so we can count on her to protect public schools and shut down the private, for profit prisons that turn immigrants and low-level offenders into slave labor. She has the conviction, compassion and commitment to work hard for real change.

I urge you to support her.

Elizabeth told us early on that she wouldn’t take money from the “power brokers” who control Sacramento with their checkbooks. She’s kept her word. That’s why she needs our help right now. Voters need to hear what she stands for.

We need to canvass, phone bank, volunteer with her campaign, promote it on social media. This is our chance to elect a progressive activist who answers only to us.

If you don’t have time to call or knock on doors--make a donation. Grassroots candidates count on us, and every dollar helps.

*Title for identification purposes only.