No Human Being Is Illegal 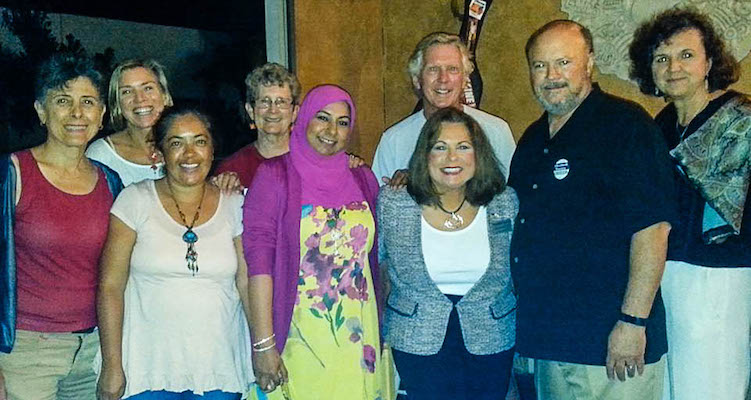 Members and supporters of the North County Immigration Task Force gathered to celebrate the birthdays of two of its central figures: Caroline Theiss-Aird, and Patricia Serrano. Rather than gifts, these leaders asked friends and neighbors in the community to contribute to support the work of the task force.
#NoHumanBeingIsIllegal — with Marggie Castellano, Caroline Theiss-Aird, Tazheen Nizam,Elizabeth Warren for CA State Assembly 76 andTodd Warren at Aztec Brewery. 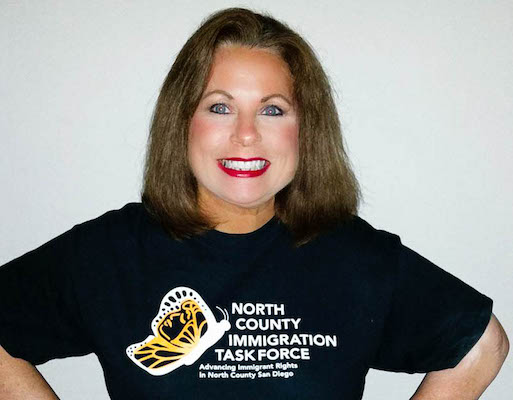 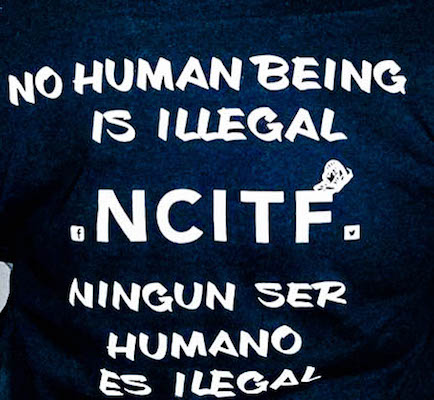