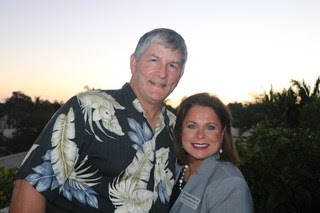 Encinitas, CA…City Councilman and former Deputy Mayor Tony Kranz has endorsed Elizabeth Warren for State Assembly in District 76. The endorsement is noteworthy as Kranz serves on the Encinitas City Council with Warren’s opponent, the other Democrat in the race.

Kranz explains, "I have worked alongside her opponent for months—and it’s no contest. Elizabeth is the superior candidate. She has depth—and wisdom—which comes from life experience. She has endured hardship and bounced back. Elizabeth has the kind of maturity that inspires collaboration and helps get things done. That’s a quality you want in a representative.

“Elizabeth also has a stronger—and more balanced—command of the issues. Her background as a lifelong journalist, community advocate, and organizing leader with national nonprofits, demonstrates that she can dive deeply into complex legislation and grasp nuances that others miss. Elizabeth has been a watchdog for constituents here and throughout the state. She not only understands what matters locally, but she’s fought for change on critical issues at the national and international levels—and won. Her years of  leadership, organizing grassroots activists from coast to coast to stop a congressional vote on the controversial Trans-Pacific Partnership, show that Elizabeth is tenacious—she has what it takes to play in the big leagues.

"Her opponent—who has yet to complete her first term as a city councilwoman—may be ambitious, but she lacks fundamental experience. Encinitas residents who supported her for City Council have questioned why she would seek higher office just months into her first elected position—particularly when two other Democrats were already in the race.

"Elizabeth is in it for the right reasons. With her, it’s not about personal ambition—it’s about public service. I urge everyone in the district to vote for Elizabeth Warren. We need a mature, experienced, selfless, hardworking leader representing us in Sacramento.”

California’s 76th Assembly District includes the Marine Base at Camp Pendleton, and the cities of Encinitas, Carlsbad, Vista and Oceanside. For more information on Elizabeth Warren, visit www.LizWarren4CA.com or email: campaign@LizWarren4CA.com .